Join the investment community and start your week with market insights seen through the lens of alternative web data.
Innovation
8.20.19   6:01 PM Innovation

First there was Invisalign. Then there was Smile Direct. And now, Candid appears to be a hybrid of the two destined for scale. See why.

Candid Co. (PRIVATE: CANDIDCO) the company that's trying to do for teeth straightening what Warby Parker did for glasses, is on a run. The company, which offers Invisalign-like teeth straighteners for less than SmileDirectClub and Invisalign, has scaled out to 27 locations all while building out a complementary direct-to-consumer digital approach. That hybrid model — sell direct while popping up in key retail locations — appears to be working, and it surely has SmileDirectClub and Invisalign checking their rearview mirrors.

SmileDirectClub, which is looking to go public, currently has 387 stores throughout the US. Compared to Candid's 27 locations, that's pretty dominant. But, when we look at where (and how) Candid Care is opening its new studios, a very smart strategy emerges.

Candid's location outlay reads as much like a hot neighborhood list as it does a smart business looking for new customers with discretionary income and a little bit of vanity. In the map above, it becomes clear that Candid's locations - few as they are - are located smack in the middle of SmileDirectClubs' hot spots where current population levels have room for a new player in the space. Meanwhile, low-population-density areas that are already being served by SmileDirect aren't prioritized.

Only 6 of Candid's 28 locations don't have a single SmileDirectCliub within 5 miles.

The strategy is similar, perhaps, to how beverage brands place less-expensive alternatives on shelves near competitors: while a customer may like the more expensive brand, the alternative could be just as good, if not better.

Unlike pure direct-to-consumer brands like Warby Parker, Candid's real-world presence gives customers the option — and opportunity — to come in to a studio to do a free consultation and scan. Candid's locations are wildly different. Some are in business complexes while others are in workshare spaces like a studio in Spaces Perimeter in Atlanta or a Bay Area studio in a WeWork. The intimate, down-to-earth approach appears to be resonating with customers, too: the Emeryville location has two perfect 5-out-of-5 ratings on Google, and the Atlanta studio also has a perfect score.

But even for Candid studios that have been around a while and have collected more reviews, like a studio in Houston wit 59 reviews, customer satisfaction is nearly perfect (that location has a perfect 5 out of 5).

Product makes - or breaks - the brand

Positive experiences at intimate studios aside, reviews for Candid's products — the actual teeth straighteners — is excellent, but a bit spotty. But it's in good company: reviews for SmilreDirectClub straighteners are also erratic, if slightly less-so. Both brands tend to score at least 90% or above on a weekly basis as reviews come in. But what the comparative reviews show is a slightly more erratic pattern for Candid, based on data from more than 100,000 reviews. 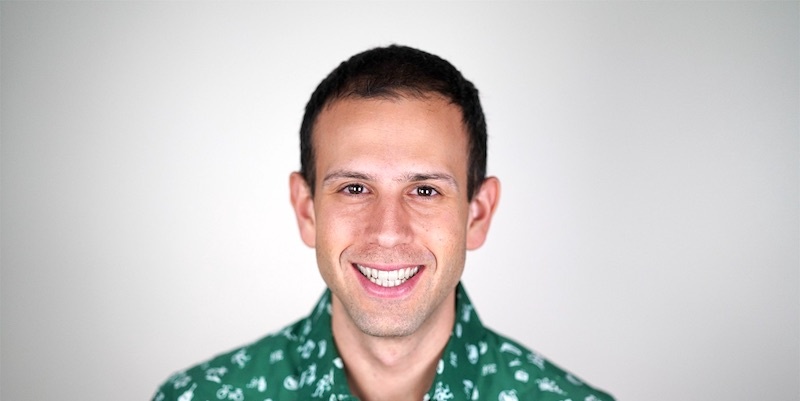 Candid's combination of direct-to-consumer scalability and limited overhead with an aggressive retail strategy isn't a mistake. The company's CEO, Nick Greenfield, comes from a long list of outfits that looked to change the way people behave in the brick-and-mortar world.

He was COO for Paribus, a company that tracks retail prices to help customers get refunds when prices change. Before that, he was VP of Growth at Washio, a company that imfamously looked to disrupt the laundry industry by offering on-demand pick-up and delivery of everyone's least-favorite chore. He even spent two years at Lyft in Special Operations. In short, he understands how to use the internet to scale a direct-to-consumer approach, but he also has his eyes on the retail landscape.

As for whether or not all his experience will translate to success at scale for Candid has yet to be seen, but the strategy certainly looked measured, at least as far as the data we see is concerned.

California Pizza Kitchen filed for bankruptcy after withholding rent. How will this impact REITs?

The collapse of CPK cuts into the divide between dine-in pizza chains and delivery services in 2020. Its bankruptcy could also affect the real estate investment trusts (REITs) that have CPK locations.
Steven Lerner 8.5.20   5:00 PM
Markets

Target is cutting discounts and lowering average price point. How will the retailer stack up in the e-commerce wars?

Meal-kits are back from the dead. Who’s leading the pack?

Unlike its suits, Men’s Wearhouse hasn’t looked sharp since 2013. That was when the company abruptly ousted founder and Executive Chairman George Zimmer. The exit of Zimmer was the first domino to fall as the company pursued a strategy built on racking up debt.
Steven Lerner 8.4.20   4:09 PM
Markets

Bulgari, Chaumet, and Dior are responding to the COVID crisis in exciting new ways.
Henry Englert 8.3.20   7:30 PM
Innovation
View All