Join the investment community and start your week with market insights seen through the lens of alternative web data.
Innovation
7.22.20   7:00 PM Innovation

What happens to a company when it works with a Kardashian-West?

Kanye West is taking Gap’s stock for a ride. There’s a history of Kardashians, Jenners, and Wests playing games with the market.

Gap ($NYSE:GPS) and Yeezy seemed like a fairytale in the making. The retailer needed to make a bold statement to reverse declining sales and revamp their reputation as boring and out-of-touch. Kanye West — despite his status as a culture rebel — is obsessed with breaking into mainstream fashion and has struggled to be taken seriously as a designer. He wasn’t happy when Virgil Abloh scored the gig he wanted at Louis Vuitton back in 2018, but Gap was his white whale. “Let’s go back, back to the Gap,” he rapped on 2004’s “Spaceship,” calling back to his time working there as a teen, which inspired his long-held ambitions to shape the company. Kanye told Style.com in 2015 that he’d like to be “the Steve Jobs of the Gap.”

At first it looked like happily ever after. Gap’s stock jumped 42% the day that the ten-year partnership was announced and West shared his first colorful Gap x Yeezy streetwear ensemble. Investors appeared confident that Kanye could make Gap cool again — and make them lots of money. As stock spiked, so did Gap’s Facebook likes. Gap has gained 100,000 likes on Facebook since the deal was announced.

The happy ending quickly disintegrated. On Monday, Kanye publicly threatened to walk from the deal, as well as his Adidas footwear partnership, if both brands didn’t appoint him to their corporate boards (it’s unclear if he could legally do this). He was making a point about the lack of Black representation in business at a rally for his “presidential campaign” in South Carolina (he’d already missed the deadline to get on the ballot) which, as fans are pointing out, looks upsettingly like a bipolar episode. He also suggested that abortion is wrong, criticized Harriet Tubman, and said “Everyone knows the movie Get Out is about me.” Gap stock fell nearly 6% on Monday. Gap and Adidas haven’t responded to requests for comment.

Brands are obsessed with the Kardashian-West clan, despite controversies

Despite the liability of working with Kanye, the mogul was Gap’s first choice for their revamp. The company was so eager to snag Kanye, they cancelled a deal with Telfar Clemons to great disappointment of fans of the indie designer (his handbags are a must-have for any Brooklynite worth their stick-and-pokes). This is because, as each Kardashian, West, and Jenner has staked their claim in culture, the celebrity dynasty has become seen as the ultimate partner if you want to appeal to the young and hip.

If @Gap has any kind of backbone, they drop the YZY line and reinvest in Telfar.

But what do the Kardashian-Jenner-Wests actually do for brands that work with them, especially given the controversies that seem to follow wherever they go? 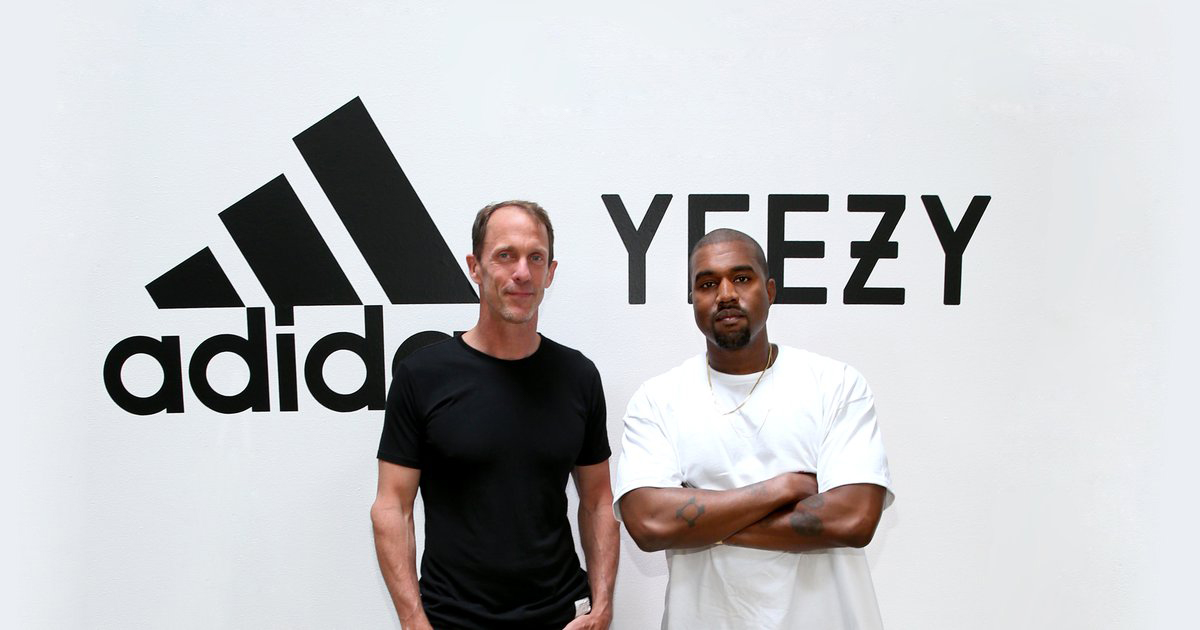 In the past, Kanye’s been a more reliable partner. Adidas stock spiked in the months after Kanye, fresh off Yeezus, announced his partnership with the brand back in 2013. Adidas saw a boom in its stock when the first Adidas Yeezy Boost launched in February of 2015. With Yeezy, now worth 1.5 billion, on their shelves, Adidas’ stock has grown roughly 260% over the last five years, outperforming growth by Under Armour and Nike.

Kylie and Kim have dragged beauty conglomerate COTY through the ringer

Kanye and Adidas may be an exception. Typically, day-of investor excitement around Kardashian-Jenner-West collabs tends not to last, especially when the family’s facing a PR crisis. Kylie Jenner put beauty conglomerate COTY (Rimmel, OPI, Covergirl, Sally Hansen) in a similar position to the one Kanye put Gap in. The company purchased a majority stake in Kylie Cosmetics last year for $600 million. Investors didnt find the deal nearly as exciting as Yeezy x Gap: shares spiked as much as 4.9% the day the merger was announced according to Bloomberg, but the rise didn’t last. Whispers that COTY overpaid for Kylie’s lipkits when shares dropped 8% over the next month (beauty sales were down nationally, notes New York Post). COTY stock did jump 15% this May when the company announced Kylie Skin products would become available in Europe. The real twist came later in the month, when Forbes published an exposé alleging that Jenner forged her taxes to claim the title of “the world’s youngest self-made billionaire,” COTY’s stock dove 15% as investors worried the accusations might make Kylie Cosmetics’ less desirable.

COTY’s shares are down around 60% to date this year, but at least the price recovered from it’s Kylie drop, surging 15% when her sister Kim Kardashian sold 20% of KKW Beauty to the conglomerate for $200 million, making her potentially the first actual Kardashian-Jenner to become a billionaire. The climb didn’t last, and COTY share is down 1% from before the acquisition. Now that Kylie and Kim’s manufacturer Seed Beauty is suing COTY for stealing trade secrets as a part of the Kylie cosmetics deal, it wouldn’t be surprising if COTY saw working with the family as more trouble than it’s worth.

Kylie was a safer bet for Ulta Beauty. The company’s stock hit a 52-week high the day it announced an exclusive brick-and-mortar retail deal with Kylie Cosmetics in late August of 2018, rising around 16% through September. Ulta’s stock ultimately climbed 29% in 2019, as Kylie’s products flew off shelves. Ulta’s share dipped just 2% the day after Forbes’ exposé dropped.

Although Kylie’s big sister Kendall Jenner’s partnerships always seem to end in scandal, she doesn’t appear to possess the clout to shake a brand’s share price. In the same quarter that her notorious Pepsi commercial, which seemed to imply ending systemic racism was as simple as a model handing soda to a police officer, debuted the beverage company saw an 0.3% rise in its share price. Despite backlash to her Proactiv campaign — in which the model waxed poetic about the trauma of having acne as a teenager — launched in January of 2019, the skincare line’s then-owner Nestle’s shares continued a steady climb (Proactiv has since been sold to private equity firm EQT).

You might get away unscathed from a Kardashian ad campaign, but when you get into business with the family, you often sign up for more press than you bargained for.

California Pizza Kitchen filed for bankruptcy after withholding rent. How will this impact REITs?

The collapse of CPK cuts into the divide between dine-in pizza chains and delivery services in 2020. Its bankruptcy could also affect the real estate investment trusts (REITs) that have CPK locations.
Steven Lerner 8.5.20   5:00 PM
Markets

Target is cutting discounts and lowering average price point. How will the retailer stack up in the e-commerce wars?

Meal-kits are back from the dead. Who’s leading the pack?

Unlike its suits, Men’s Wearhouse hasn’t looked sharp since 2013. That was when the company abruptly ousted founder and Executive Chairman George Zimmer. The exit of Zimmer was the first domino to fall as the company pursued a strategy built on racking up debt.
Steven Lerner 8.4.20   4:09 PM
Markets

Bulgari, Chaumet, and Dior are responding to the COVID crisis in exciting new ways.
Henry Englert 8.3.20   7:30 PM
Innovation
View All