Join the investment community and start your week with market insights seen through the lens of alternative web data.
Tech
6.6.19   2:14 PM Tech

The sod above iTunes' grave is still settling now that Apple ($NASDAQ:AAPL) has determined that the iconic music platform would be divided into its component parts, but some are still asking: Why?

Why leave behind a brand that, despite its name, has become synonymous with buying music and now even TV shows and movies? And in the case of this story, why leave behind millions upon millions of followers on Facebook, the largest social media network in the world and a massive marketing and communications vehicle?

Answers below. But first:

On or around Mary 29, 2019, Apple ceased operations of its iTunes Facebook page, leaving behind roughly 30,000,000 fans of the platform. Apple had been neglecting the page for some time, as followers saw a steady decline. But still, 30 million ready and willing Facebook users is nothing to sneeze at.

As of last week, however, the page stopped showing up on our radars as Apple quietly killed the page, going as far as to wipe all the entire history of posts. Today, it's just a shell of its former self. Somehow 13,558 people have re-found the page and liked it, despite Apple's best efforts to leave it behind. 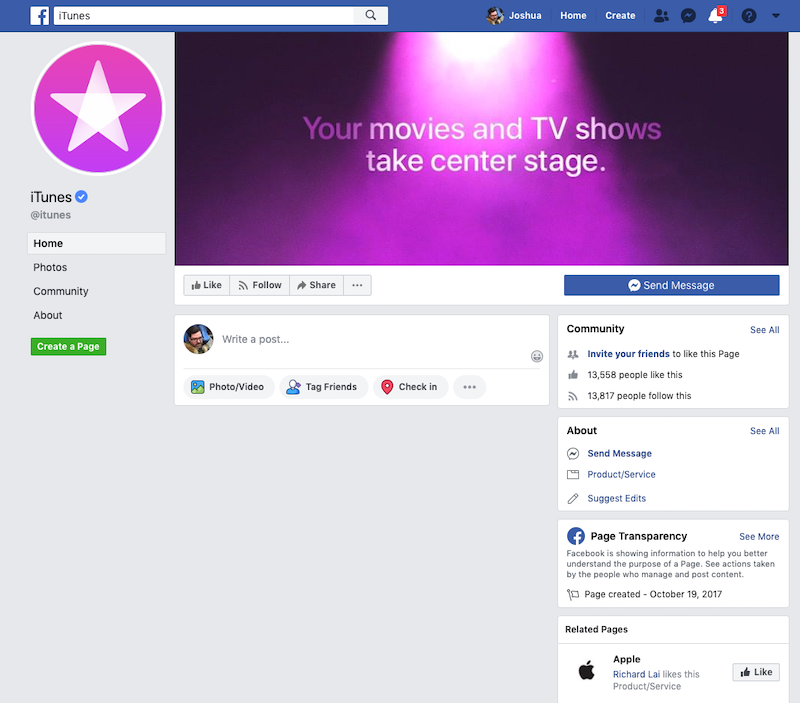 Over at iTunesUS, which once had 30 million followers of its own, it appears as though a bot continues to post the occasional post for just 43 followers. 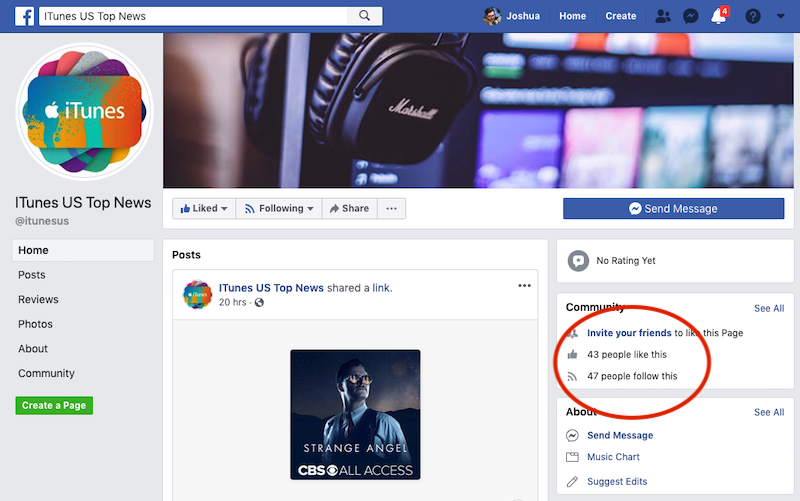 Given the attrition on that page, it fell off our radars sometime in 2017.

To get an idea of when the accounts stopped registering, we include the daily likes counts for some of Apple's most popular Facebook pages. In it, you can see when the iTunes page stopped appearing.

So where did all the followers go? It appears as though Apple has done what it can to move the attention to its AppleTV account, which now has a strikingly similar follower count — and it only recently showed up on our radar:

A look inside Parler: The right wing social media app is unbearably monotonous, even to its own users

Even a large workers' strike did nothing to stop Instacart's roll
Danny Konstantinovic 7.8.20   4:00 PM
Tech

Don't throw away your shot to watch the musical phenomenon of our era.
Jared Russo 7.8.20   2:22 PM
Innovation