Join the investment community and start your week with market insights seen through the lens of alternative web data.
Markets
12.28.18   10:01 PM Markets

At the end of 2018, we look at the notable businesses that were lost in some capacity during 2018, and the footprints they leave behind.

Over the past 362 days, the "retail apocalypse" has dominated business and consumer headlines. Although some retailers, especially dollar stores, are opening up stores and thriving in this economy, some of the stores many Americans grew up with are now shells of their former selves, or are gone completely (for now).

Here were five of the many notable businesses that were lost in some capacity during 2018, and the footprints they leave behind: 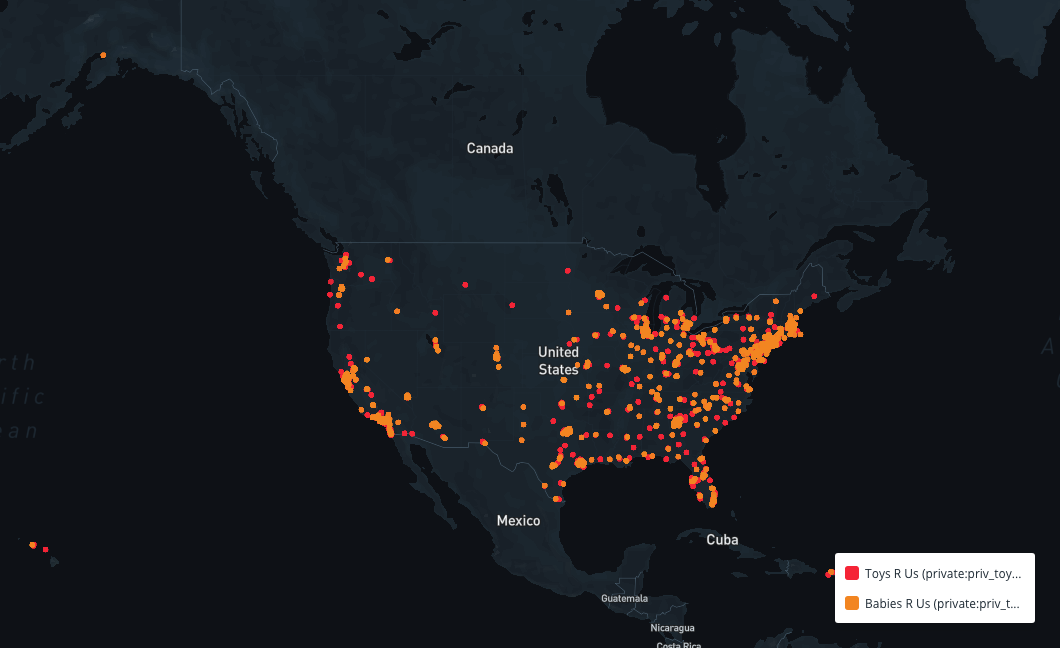 If this Christmas season felt a bit different for you, it might have been because it was the first year in seven decades without the place where a kid could be a kid (it could also because of something totally personal in your life, but I'm not your therapist yet am sorry for whatever happened).

At one point, Toys R' Us was the category killer for toys and games, but it soon became the prey, not the predator, in retail. On February 17, 2017, the Thinknum database found listings for 1,807 individual Toys R' Us and Baby R' Us stores in the U.S. It soon shrunk to just over 800 stores before the chain closed up shop in June 2018.

The one glimmer of hope for those "Toys R' Us Kids" of old is that Geoffrey the Giraffe is rumored to be coming back in 2019... Although that news from two months ago is looking worse after reports of the old Toys R' Us store retail spaces selling out fast.

As we've covered before, the average Toys R' Us store left behind 46,000 square feet of retail space for each location closed across the country, which is plenty of space for most businesses, especially auto dealers (read: showroom space). 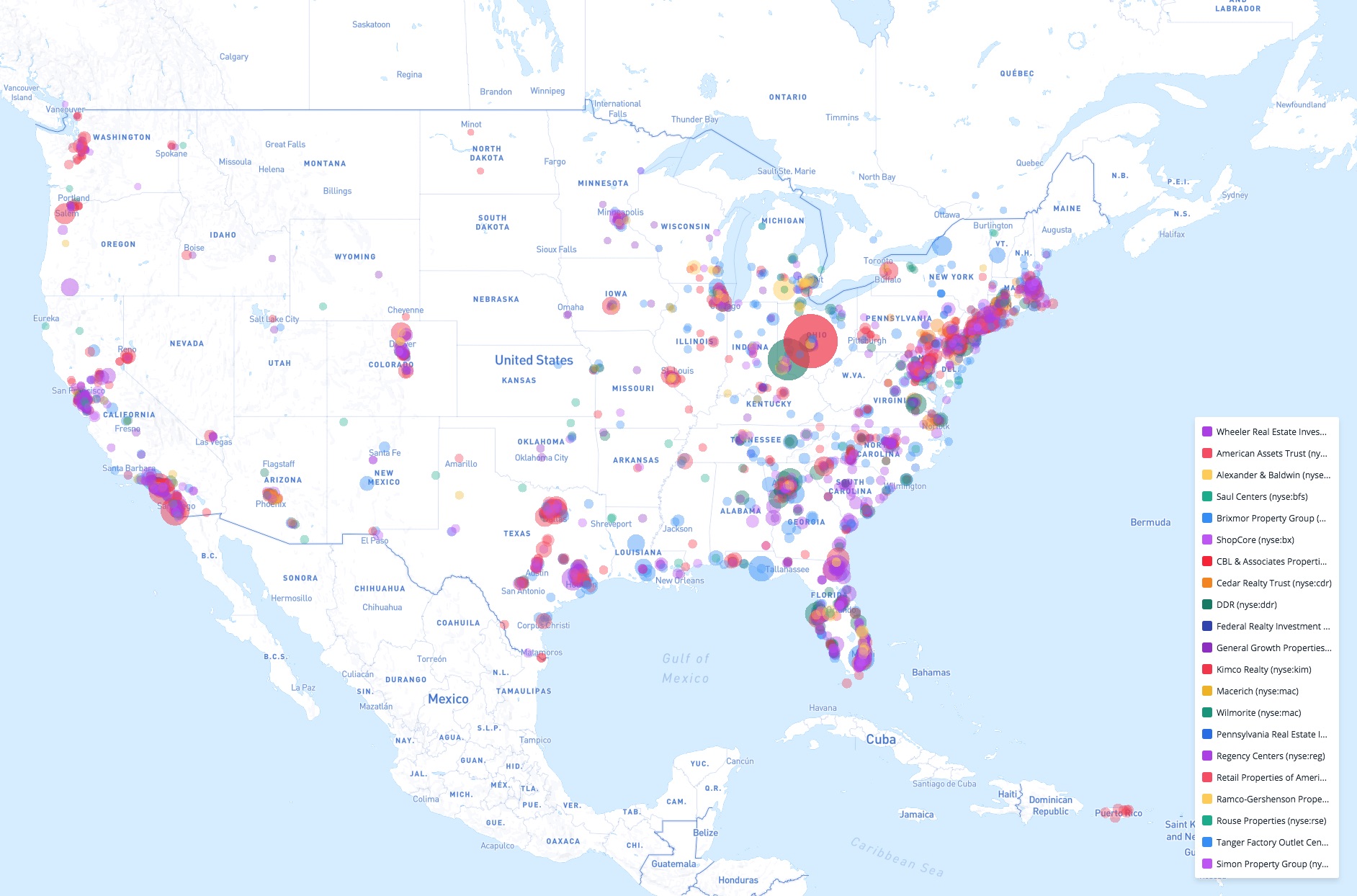 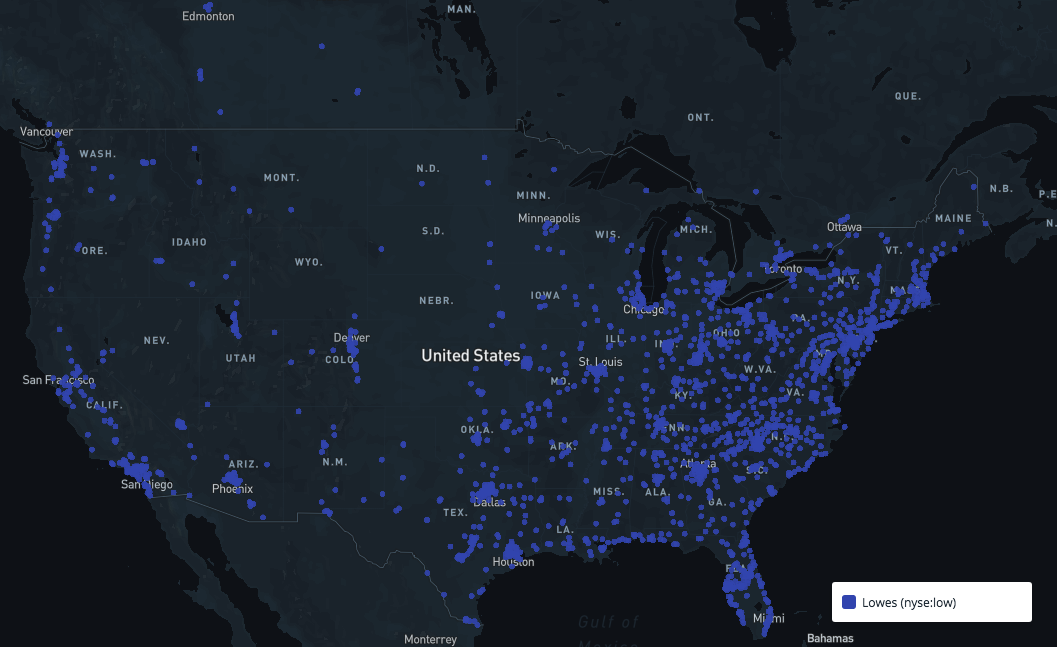 On November 5, Lowe's announced it would close another 51 stores by February 2019. That's on top of when it closed its California-only Orchard Supply Hardware stores three months prior. 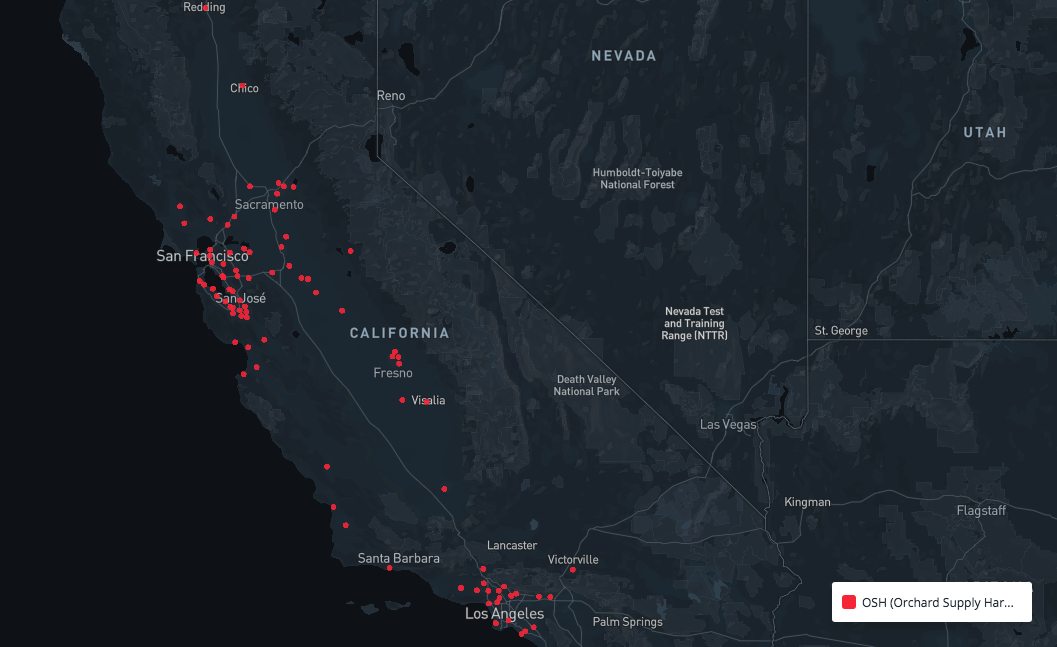 Along with these Orchard closures, Lowe's latest moves disproportionally affects California the most out of all states and locations where it operates, as we analyzed when news broke.

In the month following the closures, job openings at Lowe's experienced a spike to coincide with a pattern of listings right during and after the holiday season. But compared to the spike in 2017, the number of listings for Lowe's jobs in California in 2018 are fewer, which is understandable given the closures.

As Lowe's heads into 2019, it will act on its closures and will continue to battle its main rival in The Home Depot ($NYSE:HD) with a smaller presence. 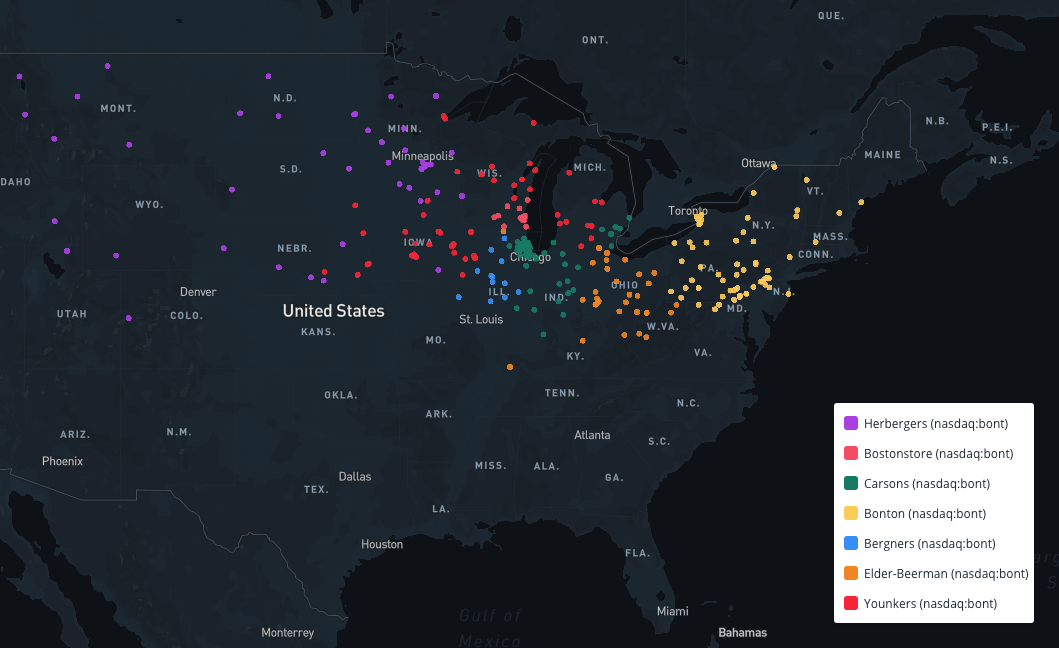 After expanding rapidly in the 1990s and 2000s, Bon-Ton and its host of other brands went by the wayside, as a failure to turn a profit for seven straight years with four different CEOs destroyed the company's financial situation.

What once was a Northern United States empire with 525 stores crumbled by way of Chapter 11 bankruptcy, with holding company CSC Generation re-opening the brand in November.

The above map shows how much Bon-Ton sprawled over the United States, and below is a comparison of what Bon-Ton once was in Chicago, a city where it had plenty of exposure, to today under CSC. 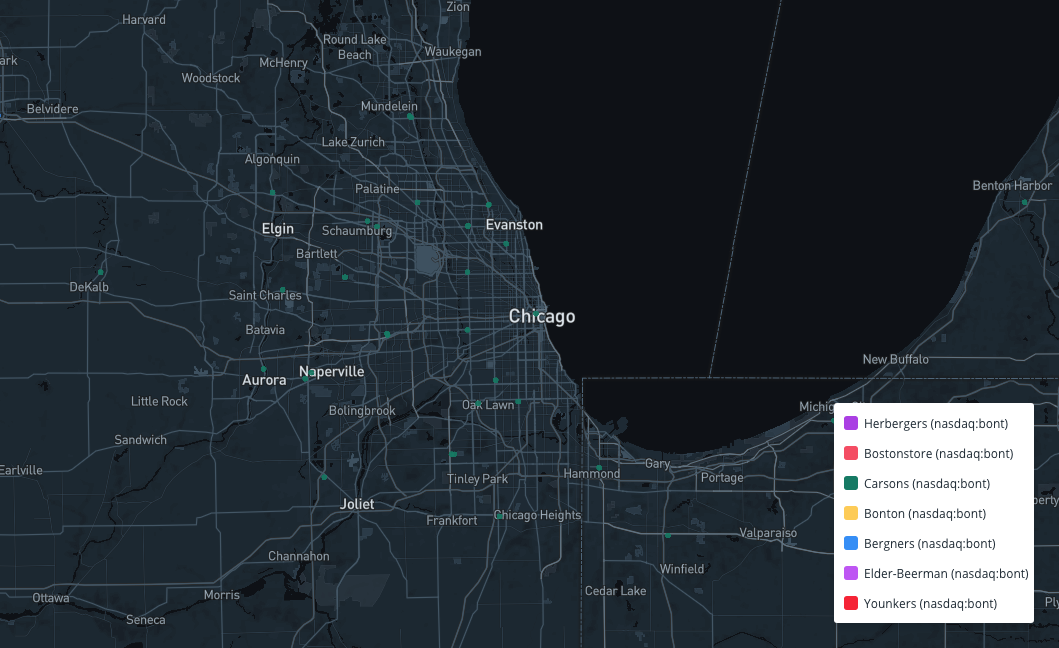 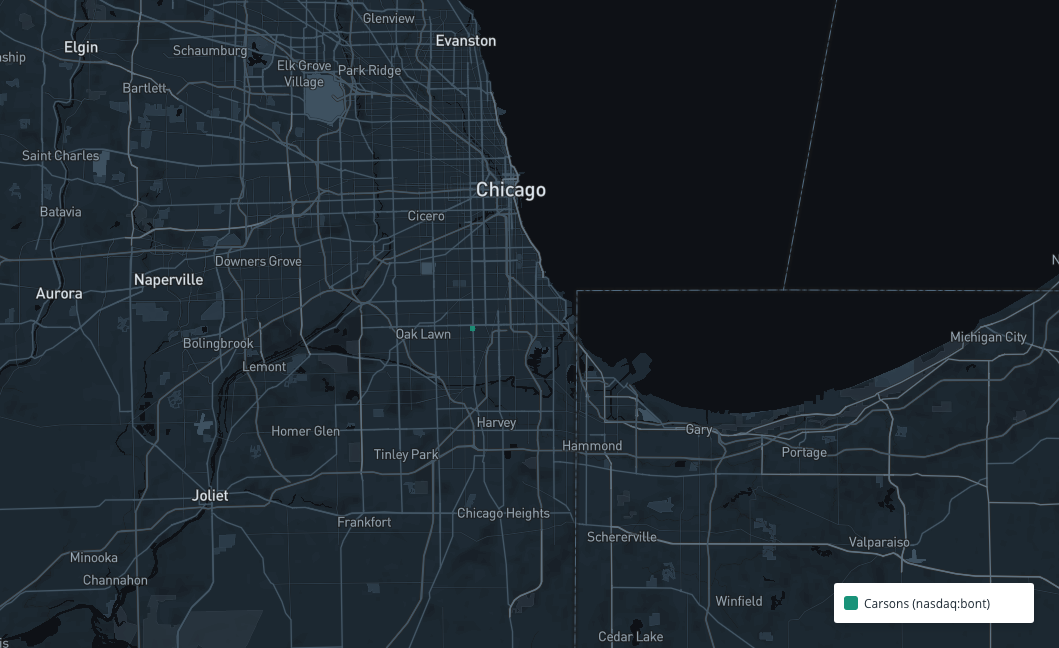 With 3,420 store locations across America at one point in time, Mattress Firm seemed to be on every corner when it came to selling a product that is supposed to last a decade.

In fact, it was, and that could be one reason why the store filed for Chapter 11 this year.

Before it filed for bankruptcy protection, Mattress Firm had 42.6% of its stores within one mile of each other, as analyzed in October from Mattress Firm store location data.

The retailer is only closing 700 stores as part of its Chapter 11, which is about a fifth of its footprint at its peak. 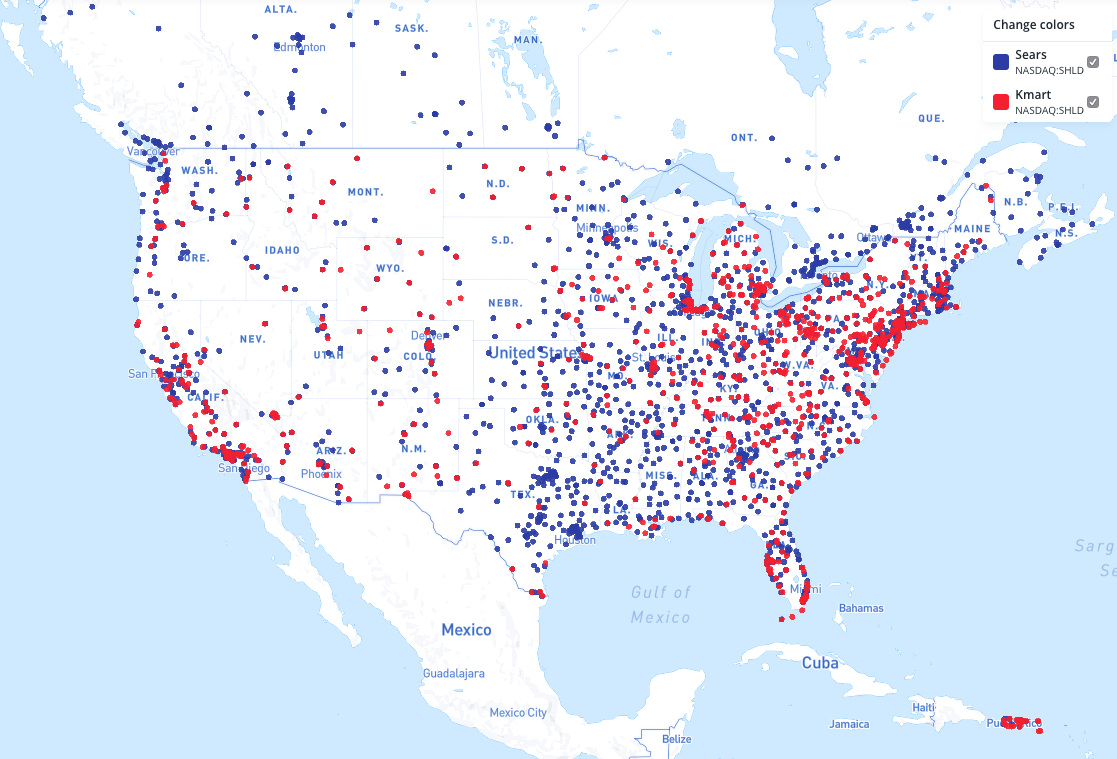 The crux of this article is a department store that had a major deadline on December 28 (the day when this article was posted).

In 2016, there were 3,676 Sears and KMart locations across North America. Today, there could be zero stores left of the once giant department store empire.

That's because the deadline for Sears to be bought out of bankruptcy is by the end of December 28, and if nobody buys it, the company will liquidate assets. The company already announced plans to close 182 stores when it filed for Chapter 11, and today announced another 80 closures to happen next March.

And, as we've pointed out previously, if Sears completely goes under, it will leave a massive amount of retail space to fill. (CityLab also pointed this data out in their take on the retail apocalypse). For all retail investment trust locations (i.e. malls) with square footage data available for Sears stores, the average store that would close would leave 68,000 square feet of retail space on the market.

Heading into 2019, the bankruptcies and retail casualties will continue to carry over, such as with Sears closing 80 stores in March. Time will tell if other stores — either within these companies or other retail giants — will also shut down in the new year, but for now, we'll tak' a right gude-willie waught,
for auld stores syne.