Join the investment community and start your week with market insights seen through the lens of alternative web data.
People
2.8.19   5:17 PM People

Apple is now hiring for its "secret" Cambridge Siri labs, both in US and UK

Apple is hiring in Cambridge... Massachusetts and United Kingdom, that is. And the data shows it's all to make Siri smarter.

Two years before that, in 2014, Apple fan sites reported that Apple was growing a secret team in Cambridge, Massachusetts to make Siri smarter.

Confused yet? No worries, so were we.

It turns out that Apple has been slowly — and quietly — drumming up hiring at both Cambridge facilities, with a more notable spike in openings at its Cambridge, Massachusetts facility. Basically, it's investing in its top-end R&D facilities nestled near two universities that produce some of the smartest AI and machine-learning minds in the world.

It's not much of a secret anymore that Apple has been drumming up hiring to make Siri smarter, as we've reported in the past. As of yesterday, Apple list 169 openings with the word "Siri" in their titles, slightly down from an all-time high of 191 at the end of January, 2019.

The bulk of those jobs are for engineers and data scientists.

A tale of two Cambridges

Within the openings, we noticed an increase in titles located in "Cambridge". Indeed, those openings saw a noticeable jump. Typically, Apple had maybe 1 opening at Cambridge. But, in November, 2018, openings tagged as located in Cambridge spiked and remained high. Meanwhile, virtually all of those openings were related to Siri or Data Science.

Openings at the Cambridge, England facility jumped to 14 positions in November — hence the spike seen above for overall Siri openings — and remained somewhat consistent through this week. 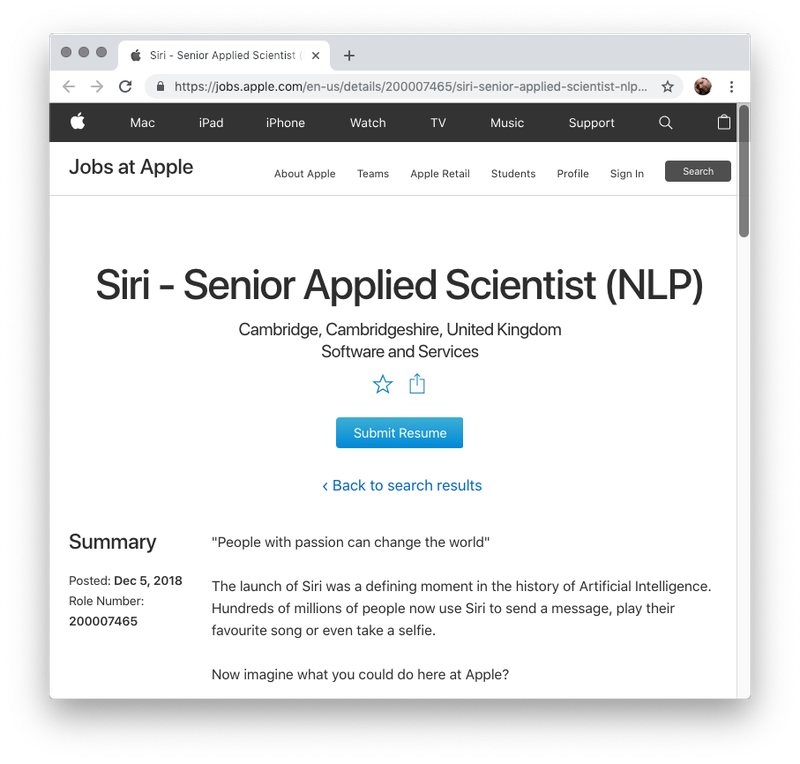 But then, in the second half of January, 2019, the company began a quiet hiring effort for its Cambridge, USA facility. As of tomorrow, there are 6 such openings. And, indeed, recent reports note that Apple is in the process of leasing space in a new MIT building at Boston's Kendall Square. 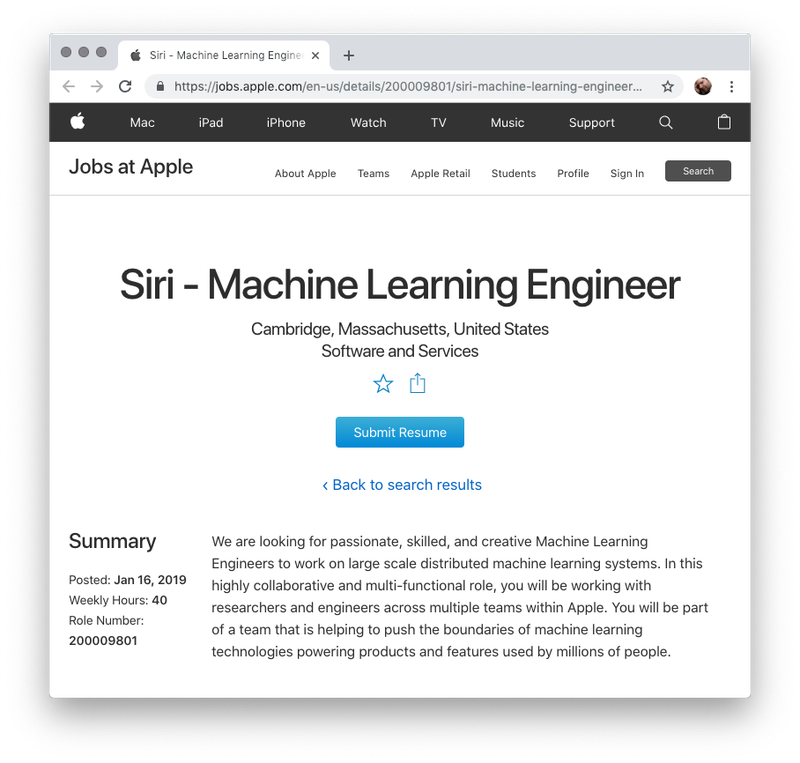 And, yes, they're all related to Siri, natural language processing, and data science.