Join the investment community and start your week with market insights seen through the lens of alternative web data.
People
6.17.19   7:37 PM People

Apple is playing catch up to some big players in Hollywood, and its hiring data reflects a nascent studio scrambling for professionals.

Hollywood is lighting up with hushed whispers that Apple ($NASDAQ:AAPL) is attempting to poach big-name directors and producers as it scrambles to make its upcoming Apple TV Plus streaming service as legit as those offered by Netfflix and Amazon. Word is that Apple wants to enter the game screaming with Oscar-caliber films just as Netflix has done with 2019 Best-Director-winner "Roma".

But in order to do so, Apple needs to fill up its new 128,000 square-foot Culver City, CA production facility, for which it has continued to accelerate hiring. Because while an A-list director may get you an a-list cast, she won't get you the production, facilities, and marketing teams you'll need in order to delivery a movie that will show up on the Academy's radar.

It looks like Apple is well aware of this, too.

Hirings for Apple in Culver City have doubled since hiring began in late 2018 for a total of nearly 60 openings as of this week.

While that may sound like a lot — and, for Apple, it is — Netflix (the aforementioned creators of "Roma"), is hiring 185 people at its Los Angeles, CA facility, where it's competing for the same talent as Apple.

Open positions at the new studio range from producers for Apple TV to Writers and Producers for marketing campaigns. 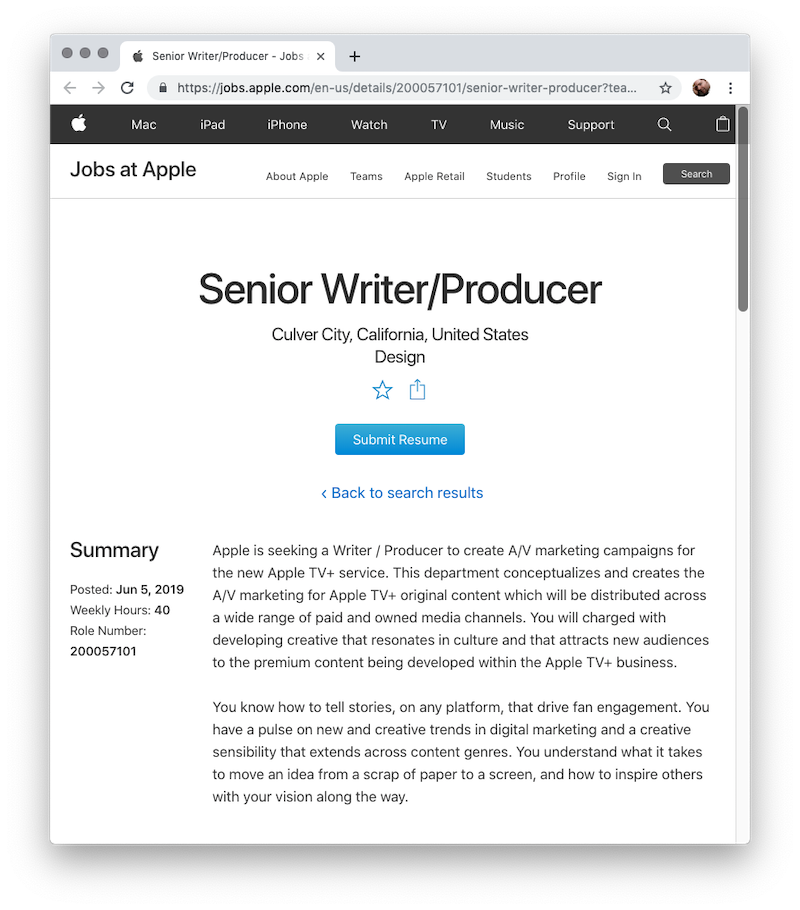 Based on Apple's most-recent job openings in Culver City, it appears the studio is getting close to inking some deals. One new job listing for a "Transactional Specialist, Original Content - Legal & Studio Affairs" is looking for someone to negotiate and lock down deals for original content. Other, seemingly related positions like "Clearance Manager - Original Content, Legal & Studio Affairs" make it clear that the company is set to begin clearing new content projects for Apple TV. 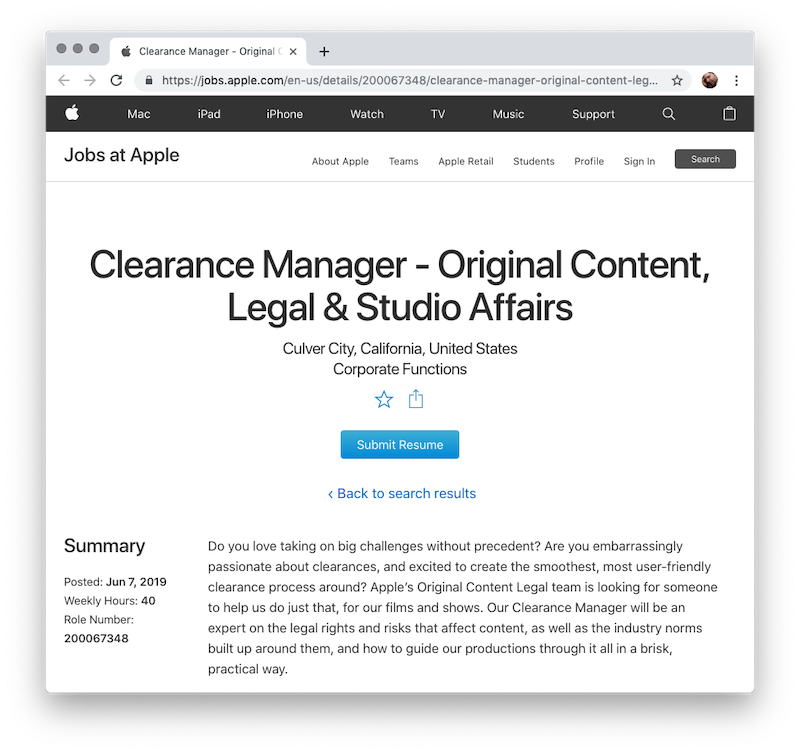 According to sources cited by The New York Post, Apple is looking to create a studio that would look like a "Focus Features-esque award contender" and that the studio is already "taking meetings and hiring". It already has some big names on board, including Oprah Winfrey, Steven Spielberg, and Reese Witherspoon.

But when it comes to producing content, Apple is quantum levels behind Netflix, Amazon, and Disney, which is launching its Disney+ service this year. It's clear Apple is scrambling to put people behind desks in Culver City, but only time will tell if the content the new studio produces is up to the Academy's snuff. Given the above hires, it looks like Apple will make some interim moves to buy content from other studios as it entices consumers into its new TV Plus service.